Getting a Conservatorship Protected Their Mother

Posted on February 1, 2016 by Roger Billings

Their mother was required to mail the organizer $2,500 to receive her prize. 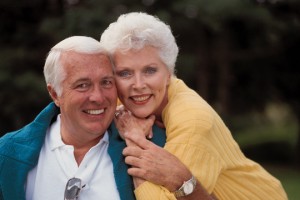 Conservatorships are not cure-alls or panaceas, but they do have a particularly important role in protecting vulnerable adults from being taken advantage of.

A surprising discovery by two sons managing their mother’s trust was reported in a recent article in the Wall Street Journal. Their 72-year-old mother with advancing dementia asked for increasing distributions of cash but was leaving her bills unpaid.

The woman explained that she had won a contest and was required to mail the organizer $2,500 to receive her prize. The son contacted the mother’s advisers, Amy Merrill and Kristin Zeigler of TrueWealth Management in Atlanta, to share the discovery and address the situation.

“It became clear at that point where the money had been going,” says Ms. Ziegler, whose firm manages $1 billion for 400 clients. “She was being taken advantage of, and we needed to put more effective safeguards into place to protect her going forward.”

By being declared conservators of their mother’s estate by a probate court, the sons would be given legal responsibility for her finances and be able to manage them for her, instead of simply distributing cash to her.

Filing for conservatorship in court is comparatively drastic measure, and should be preceded by careful consideration of all of the options as well as consultation with a competent attorney.