The new year is a time of pivoting, of looking two ways at once.

We look back at the year 2015 that is gone. We remember and assess. At the same time we look forward to the year to come, 2016, with resolve and with some uncertainty.

Such thinking is intensified when we remember those who have passed on. On a personal note, this is particularly true for me. Tomorrow is the third anniversary of my father’s passing. I wish it were not so. I wish that he and others I miss were still here, but none are exempt. Eventually, the time comes for all of us.

I recently learned that the cardinal, the little bird pictured above, is often thought of as a reminder that our loved ones are near. This is a comforting thought for me, and a motivation. It motivates me to want to act in a way that is a credit to their memory.

This desire reminds me of the concluding words of a favorite hymn:

Be still my soul: When change and tears are past,
All safe and blessed we shall meet at last.

These words express my belief in ultimate optimism. At the start of this year of 2016, I am hopeful. I am hopeful we will remember the lessons from our past experiences, and that the new year will abound in good for each of us. 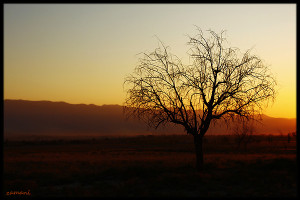 As the year comes to a close, it’s a good time to be reminded that if an investment seems too good to be true, it probably is. A New York financial planner faces up to 16 years in prison for promulgating a Ponzi scheme.

Frederick Monroe of Queensbury, N.Y., who was registered with the Financial Industry Regulatory Authority as having been an employee of Voya Financial Advisors since 2006, has pleaded guilty to money-laundering and scheming to defraud, among other charges, which will lead to a prison sentence of between three and 16 years when he is sentenced in February, according to the newspaper.

Monroe admitted to taking more than $1 million from at least 20 clients in personal checks from 2002 to May of 2015, money that he then used to pay earlier clients in his pyramid, as well as pay off his own personal credit card, mortgage, hotels and air flights, the Times Union writes.

So let’s make resolutions for the new year, but let’s make sure they are realistic goals. Then we might be less vulnerable to scams. As devastating as the court’s sentence will be to Frederick Monroe, it fails to tell the story of the many trusting investors who lost retirements and life savings in his wake. Buyers beware.

The entire article from the Trust Advisor can be found here.

Preserve the Fruits of Your Labors – Estate Planning for Farmers 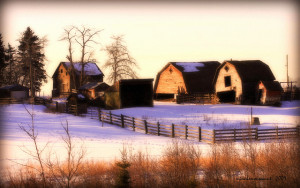 Farmers spend their lives investing their money, their time and the sweat of their brow into their fields and orchards. It is a cruel but all-too-common fate that in the end, when the owner passes on, the land must be sold to pay tax bills or lawyers’ fees. But good planning can and should avoid this result. A recent article in AgWeek discusses the value of estate planning for farmers:

Farmers should be able to pass their estate down to future generations, for it to be preserved, or even grown, for their heirs to enjoy. To accomplish that end, farmers need to develop an estate plan. And after developing such a plan, farmers should also regularly revisit that plan to determine if it is still suitable in terms of accomplishing the goals desired by the farmer.

In future posts, we will discuss specific strategies for keeping a farm together when the parents pass away. Read the entire article by Peter Welte here.

What’s It Like to Be a Financial Advisor for Professional Athletes?

Posted on December 1, 2015 by Roger Billings

The chances of any one of us becoming rich and famous are pretty slim. But did you ever wonder what it would be like to work for a celebrity, like a professional athlete? Joe McLean, managing partner of Intersect Capital, played professional basketball for four years, and now advises players and coaches in the NBA, NFL, PGA, MLB and NASCAR.

His insights are surprising and fascinating. For one thing, professional athletes are vulnerable in ways most people don’t imagine.

“Professional athletes are super accessible,” notes McLean, “they need to be constantly protected because trouble may just be waiting for them in the tunnel right after the game.” And, it should be stated that such dangers cut across sports, economic backgrounds and, yes, race.

McLean offers the example of an NBA player coming off the court after a game. He’s approached, unsolicited, by a man with a diamond pendant, who says he made it just for the athlete and thrusts it into his pocket saying, “Just take it.” The athlete does and, lo and behold, three weeks later gets an invoice for the price of the pendant.

The key to getting through to many professional athlete clients is “learning to say ‘no,’” McLean says. Though it sounds ridiculous, many will be hearing that word for the first time and though they may not take it well at first, the advisor’s dissenting voice will stick out. . . .

It’s also important to learn how to say “no” without actually saying “no.” After all, by simply second-guessing every request, the client will eventually tune you out. “Setting purchasing goals is an easy way to control spending,” McLean says. “Instead of telling a client that he shouldn’t buy a third car, tie it into an achievement, like being named rookie of the month.” This method helps attribute some value to the purchase—athletes can fall into the trap of thinking of their money as simply numbers on a page—and can help lessen impulse spending.

See the entire article at WealthManagement.com.

Posted in Celebrity Probates | Tagged Celebrities, Financial Planning, Professional athletes | Comments Off on What’s It Like to Be a Financial Advisor for Professional Athletes?

Best of Blog: Thanksgiving Post – How to Talk Finances with the Family

Following is a Thanksgiving post from November 2010 on communicating with family about finances during the holidays: 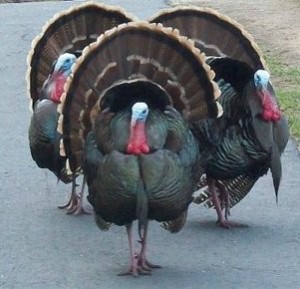 Estate planning is a gift.  Ideally, executing a will or trust is unselfish.  The intent is to benefit the heirs, while the planner gains peace of mind, but usually no financial benefit from the process.  Many parents consider a well-drafted estate plan and an organized estate as a last gift to their children.  Of course, many other parents never find the time to set things in order.  So if parents have not set up a plan, should the children ask their parents to get it done?

This is territory where it is wise to tread softly.  It can be a real benefit to children when the parents’ assets are in a living trust and probate is avoided, and if an encouraging word leads to that result, it should be a good thing, as long as care is taken.  It hardly needs saying that in families where finances are not discussed, bringing up the subject of estate planning can feel even more taboo.  It combines the uncomfortable topics of parents’ finances plus anticipating the parents’ demise.  When handled inappropriately, such a discussion can leave a real bitter taste after a holiday get-together.  Thus in starting any discussions, take pains to be tactful and respectful.  In the article linked here, a financial planner has written a respectful open letter from himself to parents on behalf of their adult children, encouraging the parents to “engage in the process.”  The author encourages his readers to provide a copy of the letter to parents while gathering over the Thanksgiving weekend.

Posted in Best Of Blog, Estate Planning, Living Trusts | Tagged Communication, Family, Holidays, Undue Influence | Comments Off on Best of Blog: Thanksgiving Post – How to Talk Finances with the Family 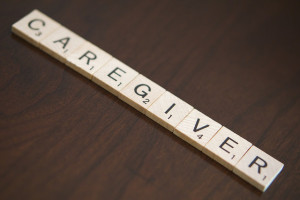 November is National Family Caregivers Month. From the experience of those close to me, being a full time caregiver is a consuming and exhausting responsibility. They need our support. Texas attorney Rania Combs offers some helpful suggestions for those close to caregivers:

The significant stress of caregiving takes a physical and emotional toll, especially during the Holidays. Caregivers are less likely to get regular checkups, exercise or take much-needed breaks, which puts them at greater risk for illness and depression.

Below [are a] few things you can do to support a friend or family member caring for someone suffering with Alzheimer’s disease:

Rather than telling the caregiver call you if they need anything, offer specific help: 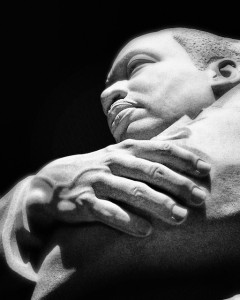 Almost 50 years after his assassination, the legacy of Dr. Martin Luther King is still tied up in the courts. The three children of the civil rights leader are at odds over what to do with his copy of the Bible and his Nobel Prize Medal. His two sons, evidently needing cash, have voted to sell the items, but King’s daughter refuses to give them up.

In a surprising twist reported by the Associated Press, former President Jimmy Carter, despite his recent disclosure of brain cancer, has agreed to mediate the dispute.

“I am honored to be working with the King Family in an effort to resolve the outstanding legal issues relating to their remarkable family legacy,” Carter said in a statement issued after a meeting at the Carter Center on Monday. “I have great respect for each of the three heirs of this legacy. They are working diligently with me, and I believe we will be able to resolve these difficult disputes once and for all.”

The family expressed appreciation for his help:

A string of legal disputes have divided the King heirs in recent years, but Bernice, Martin III and Dexter released a joint statement expressing optimism after their meeting with Carter.

“We are truly honored and encouraged by President Carter’s involvement, and we look forward to a positive resolution,” they said.

It is remarkable that a dispute over personal property items, albeit historically significant items, could rise to such a level that a former president of the United States would be called on to help reach a resolution.

However, it is not unusual for disputes to arise in any family over items with sentimental value. Estate plans which make a clear designation of who is authorized to make the final decision of what to do with such items are less likely to end up in court.

The entire Associated Press article can be found here.